To Learn the Wisdom of History

Another benefit of learning Latin is learning wisdom. That may seem like a tall order, but in conjunction with studying the language of the Romans, it is fitting to study their history and culture as well. Many of the ideas and achievements of the Romans are our heritage. They have been handed down to us through the centuries and we make use of them without realizing it. 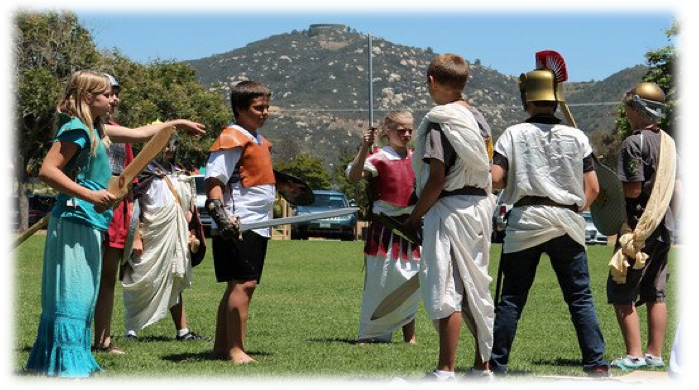 n examining the character of the Romans, one sees the good, the bad, and the ugly: Examples worthy of following, such as Mucius who burned off his right hand to protect his city and its people; examples of warning, such as the traitor Coriolanus, held back only by the pleas of his mother, from betraying Rome.

The many parallels of Roman times to our own are instructive, as well. President Harry Truman said that oftentimes when he was confronted with a thorny problem, he found more wisdom in reading Plutarch, an ancient historian of the Romans than in all his cabinet advisors. This study gives all Latin students much to ponder as they set out to make their mark in history.

An Introduction to the Latin Language. It’s a great way to give the BigBooks of LivelyLatin curriculum a test run. Print out the PDF lessons, maps, and artwork, view the videos, listen to the audio files, and play the online games for free!

Please let us know how we can help.